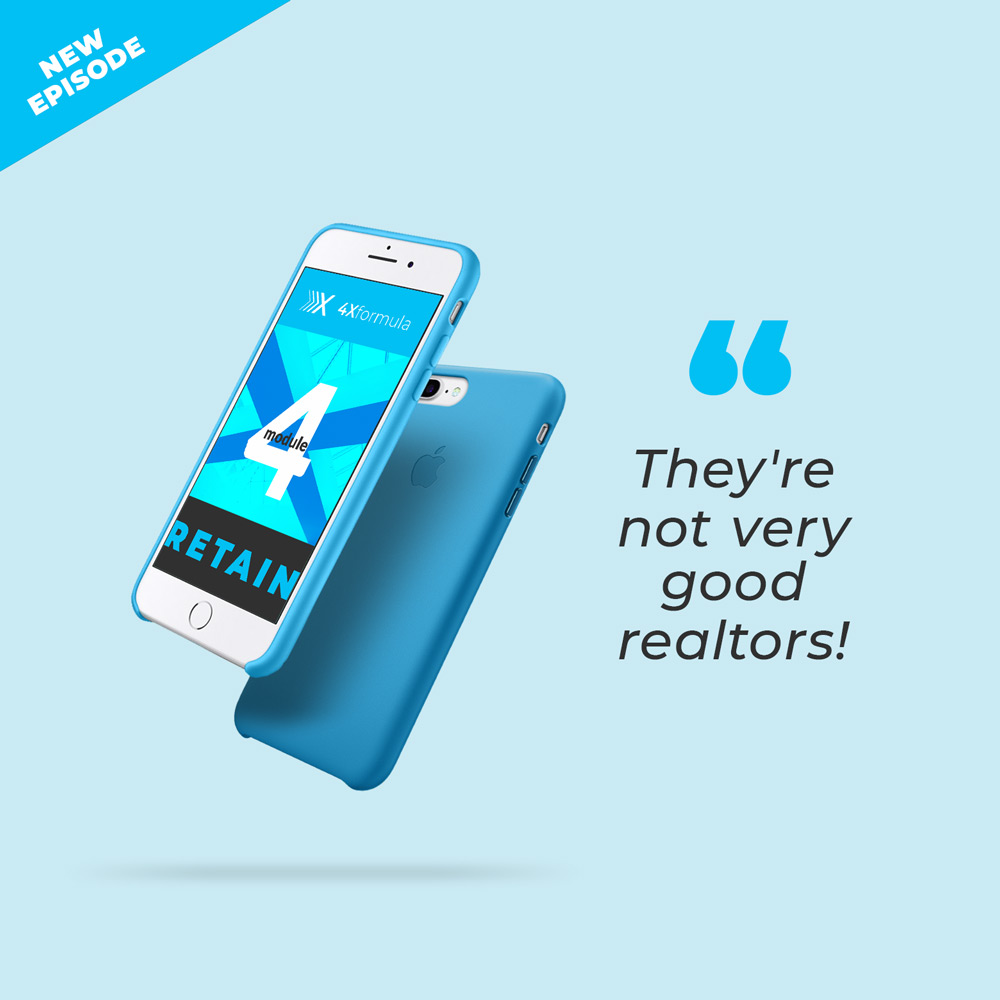 Real Estate Training - The 4X Formula RADIO
4XF 1: What I Discovered as a Real Estate Agent !

And when you get it all good at all four, you are able to build your business with way less money, way less advertising, save so much money and you can save so much time, so much stress dealing with people you don’t like dealing with. And the other part of stress is wondering where business is coming from, right? Do you agree with me on that? And  I find that there’s a lot or either, some realtors have lots of businesses and it just frustrates you because you look at these guys and you go, why do they have lots of business? And they’re just, they’re not very good realtors, they’re just aggravating realtors to deal with. So they may be good at a couple of things, but they’re not good at other things. So the other parts of their business they’re having to work on and it’s hard for them and they’re having difficulties and their challenges.

And so even though they may look like everything’s great, there’s extra stress going on, there’s extra things not being handled. They’re not well rounded 4X agents, four-dimensional, 4 columns. So I’ve discovered this way to kind of teach people to break their business up into four parts. And when you get to the last two parts of the column, if you get really good at that and you do that over time, you do a really good job of that, the first two almost become nonexistent. You almost don’t have to do as much anymore. So less time spent on these first two columns. And the last two columns are really just about, activities that are constantly just making you money. And you’re not spending a bunch time, money, energy, all that, getting the activity to happen. You’re just running your business.

And so then what happens is you could start putting systems, you can start to add people to that and plug them into the systems, and all of a sudden you’ve got this little machine that just keeps going. And this machine just keeps on pounding on itself. And it’s fed by itself. It’s a perpetual machine that feeds itself. That in my mind, is the dream real estate business. And I don’t know if you’ve ever thought of your business, your real estate career as the building of a business. I don’t know if you’ve ever thought of it that way but you need to be thinking it that way. This is not about me. This is about the systems and about what we can get you trained on, it’s called the 4X formula.