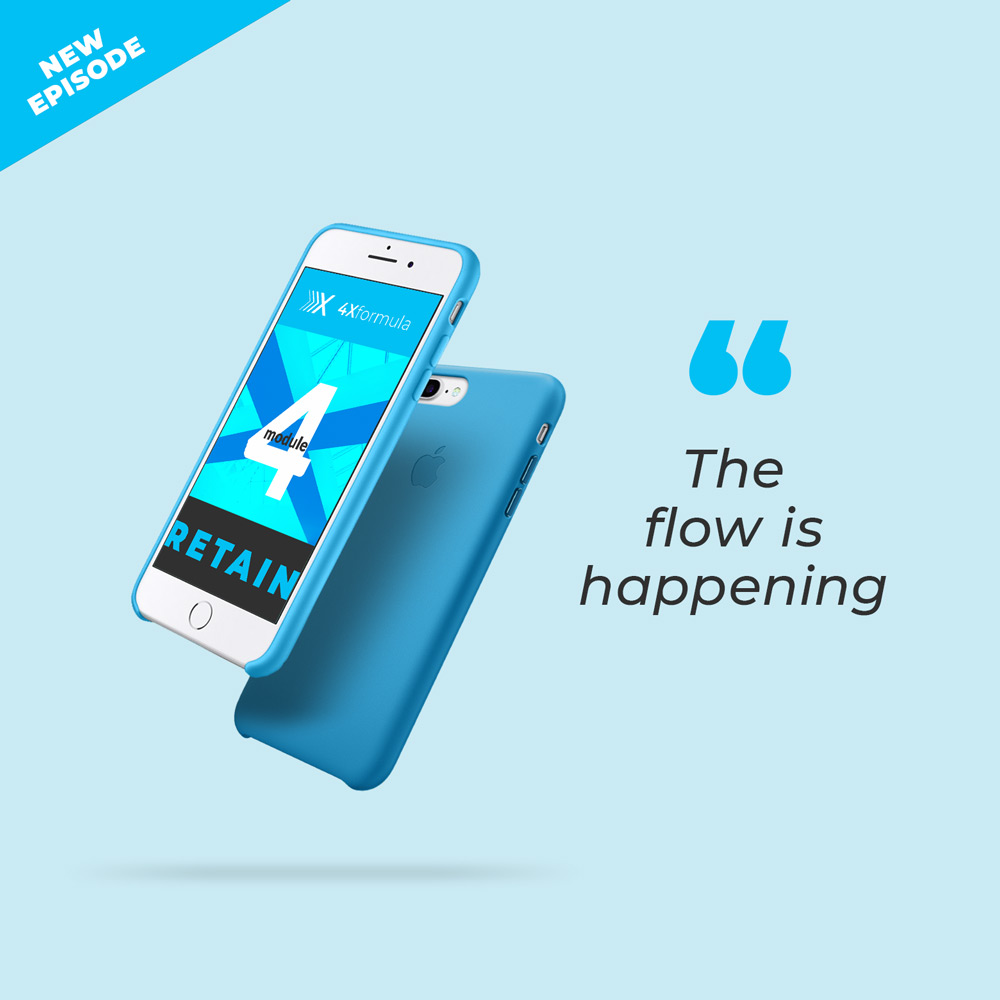 Hi, this is Kelly Johnson, the creator of the 4X formula and I’m in a hotel lobby right now somewhere in North America. And I just started thinking about something and I was doing some reading and I thought: “You know what? This is a perfect podcast material.” There’s an epidemic going on right now in our world, in our society. And I truly believe there is. And I think what it is, it’s a lot of us feel like there’s things happening to us or we’re not able to do things or achieve certain greatness because there’s certain things that are out of our control, happening to us. So we have this sense of non control. I don’t know if I said that right, but that sense, right?

It’s an epidemic. It’s going on right now because it’s just so much labeling going on right now. Labeling! “Oh, that kid has H HDS D and A D H D and this person has this label and these digits behind your name because they act a certain way.” You know what? We’re all individuals and you know what? We all have a chance. We just got to take it! But take back the control. Tons of labeling. There’s a pharmaceutical companies, right? What syndrome do you have? If they label it some sort of syndrome, then they can prescribe some sort of medication that they can sell to you and mark up thousand times. Do you have dry eye syndrome? I mean, whatever, it gets some eye drops, a blink your eyes a little bit, you know, but this is what’s going on in our society.

Even in my own family, you know, my wife growing up, really struggled with math. Math was a real tough thing with her. And she has a slight bit of dyslexia and that happens through our lives all the time sheet miss transposes numbers or letters and stuff like that once in a while. Not a big deal. She overcomes it and it’s fine, but math was not her strong point. And so when my kids, in school struggled with math and don’t get me going on how they teach math these days, but whatever, anyway, but they struggled a little bit. So she’s like, “Oh, they’re just not good at math. Oh, you’re just not good at math.” And that’s a label. It’s scary to label our kids that way. And so I said, “No, we can’t do that.” We can’t label our kids. We can’t get them accepting some sort of identity that makes them feel like they’re just not good at math. They need to figure out how to overcome and take back control and just figure out their way of learning something and then apply it. Math is just made up of rules. I get it. Some people take to math a little bit easier than other people. I get that.

My brother, highly, highly, highly, highly intelligent dude. This guy was way smarter than me scholastically and his kids are like that. And his wife that he attracted as is very much like that. They’re very intelligent people and I just wasn’t, I had to work really, really hard to get my B’s and A’s, but I worked hard, but I took control back. My control that I took back was working hard, figuring stuff out. Yeah, it was a little harder for me. That’s okay. That happens.

Anyway, we got to watch the labeling. We got to watch the labeling. I’m going to read from a book that I was reading this morning actually. And what I did is I actually liked this part of the book so much. I thought this would help people so much that I actually typed it out word for word from the book so that I could get this information across properly from the book. It’s from Charles C. Krulak. He’s the commander that this gentleman was talking about “Smarter, faster, better” is the book by Charles Duhigg. On page 23 he talks about this, so if you’re want to get the book, I’m just starting it right now, so I can’t even really comment on how great it is. So far, I’m really liking this book and I like to read all the time, just kind of fill my brain with new stuff. This is a book I’m reading right now. Smarter, faster, better by Charles Duhigg. He also wrote a book about habits as well.

Anyway, Krulak realized that he needed to train his recruits properly. So he was a commander or a commandant in the marines in the U.S. He trains his recruits properly as they came from various walks of life. And they came to him really a lot of times, more often than not, because they felt like they had no other choice. They had no direction. They came there kind of as a last resort to do something kind of worthy with their lives. So how do you take these young men, turn them into effective soldiers who have to make quick, in the moment, decisions and learn how to survive while protecting their fellow Marines as well in high stress situations.

So Krulak began. So here’s the book word for word from this point on page 23:

Krulak began reviewing studies on how to teach self motivation. And he became particularly intrigued by research conducted by the corpse years earlier, showing the most successful marines were those with strong internal locus of control. Internal locus of control. A belief that they could influence their destiny through the choices they made. Locus of control has been a major topic of study within psychology since the 1950s. In this hotel that I’m in right now, they’re doing something with a ladder, electronic ladder thing and they’re backing it up right now. And it’s beeping away in the background. So I hope that’s not bugging you. But anyway, this is kind of what’s going on. We’re doing a podcast in the middle of the day at a hotel. So things happen anyway.

Internal locus of control has been linked with academic success, higher self motivation and social maturity, lower incidences of stress and depression and a longer lifespan. A team of psychologists wrote this in a journal called problems and perspectives in management in 2012. People with an internal locus of control tend to earn more money, have more friends, stay married longer and report greater professional success and satisfaction. So in contrast to that, having an external locus of control, believing that your life is primarily influenced by events outside your control is correlated with higher levels of stress often because an individual perceives a situation as as beyond his or her coping abilities the team of psychologists wrote.

So that’s the end of the excerpt that I took out of the book. But isn’t that interesting? It’s been studied and it’s been found that this is actually a fact. So here I am. Are you thinking that you’re a victim of outside circumstances that the people who make it in the real estate business have some sort of bonus born advantage that you don’t have? Are you thinking that? If you are thinking that we need to rework that thinking. We need to stop that right now. You need to take control. That is what we’re all about. When we go through the 4X formula in our training program, it is exactly what we’re doing. Our goal is to empower the realtor with a sense of control that they can control their business. That they can turn on the tap whenever they need to. When things start slowing down a little bit, you know exactly what to do to kind of get things jigged in place or do certain activities to all of a sudden boost your business a little bit more again. You can turn on the tap, you can turn it down a little bit. You can do whatever you need to do in your business and you can do it in real estate. I know it feels like there’s so many things outside your control and they are, there are tons of things but let’s not worry about them. They have nothing to do with your success. Interest rates have nothing to do with your success. What’s going on in the world and there’s people buying and selling houses every single day. There is somebody in your town five minutes away from you, besides you, wherever you are, in traffic thinking about real estate all the time.

There’s a flow going on. The flow is happening. You just need to stick your little diversion in there and just have a little bit come your way. And there’s certain activities in order to do that. And anyway this thing is starting up beeping again. We’re going to end the podcast right now, but I hope this leaves you with a little bit of hope that that’s our goal. That’s our goal to get you feeling like you have control. You need to get into that mindset that you do have control. The internal locus of control, that’s something you need to develop. It’s a muscle and it can be taught. That’s another thing it talks about in the books. This is something you’re not really born with. Believe it or not. It’s actually from outside influences that kind of got someone thinking this way. Things like, “Oh, well you’re just not good at math”, right? Is an example of that.

I just want to empower you right now and just believe that whatever you want, you can do. It is in your control. And I hope that gives you a little bit of motivation for today. Take care and have a great day.