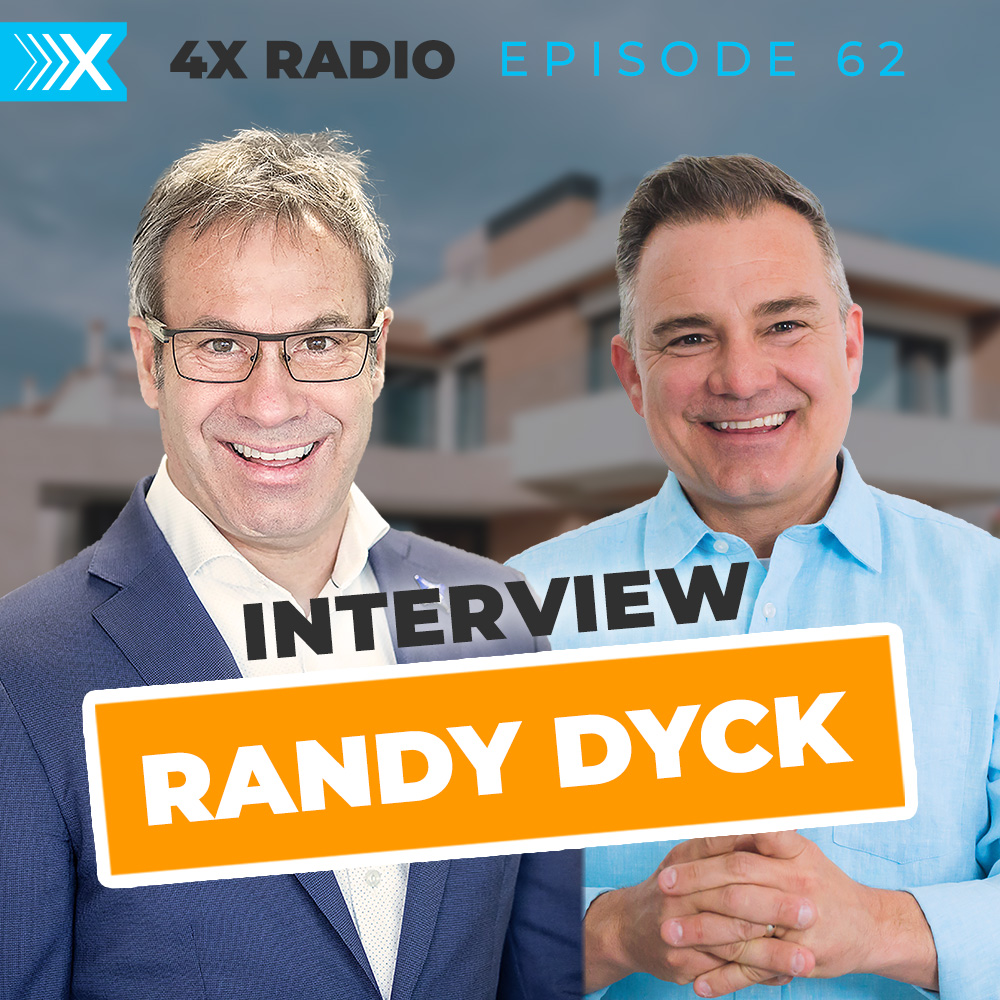 How to accelerate your business and maintain work/life balance!

Today we have a very special episode for you!  I am so excited to be able to bring to you a conversation with Randy Dyck.

If you have been in the ReMax system at all you would have heard of him.  He has been a top producing agent since his first year, into the Real Estate industry – get this – 28 years ago!

We are going to talk about how he applied himself, and what motivated him to achieve that. To give you an idea of his accomplishments over the last 28 years here we go:

Randy’s passion, knowledge, commitment, and desire to provide exceptional, professional client care has driven him to advance professionalism within the industry.  But add to that  – work ethic.

He will talk about his story with us but here’s a quick background.  Born and raised on a southern Alberta farm, Randy realized early on, that a strong work ethic was the secret ingredient that produced great results. 35 years ago, Abbotsford, which is about an hour away from Vancouver, BC on the West coast, became his home where he works, plays, and enjoys the west coast lifestyle with his wife of 33 years, 3 children and 2 son-in-laws. He enjoys all things that involve speed, thrills, and a bit of risk. Randy’s latest passion is Kite Surfing.

Wow…I am so pumped to be able to have his undivided attention for this episode and I will tell you Randy is one of the nicest guys in the world.  He has offered to get on a phone call for 15 minutes one on one with one of our lucky listeners!  So stick around to the end of the episode to learn how you can get a hold of that opportunity.  I promise you, will love this episode with Randy Dyck. ok let’s meet Randy!

Real Quick – I just want to say that in the beginning there was something happening with the internet and there are some minor glitches that popped up a couple times, but it goes away and will not happen throughout the whole episode.  Ok…enjoy this chat with Randy Dyck top Producing Real Estate Agent!